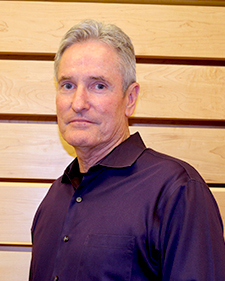 Dr. John Mulcahy is being honored for the ACTEAZ Lifetime Achievement Award for years of stellar dedication, service, and phenomenal commitment to Education and specifically CTE. Dr. John Mulcahy is the voice of CTE in Arizona. His career includes being an agriculture teacher, CTE Director, Director of Professional Development and currently the Assistant Superintendent at West-MEC. He has been a mentor to 100’s of Ag teachers and administrators throughout his career and has been published eight times. He served as ACTEAZ President twice, and Vice-President for a total of eight years. Dr. Mulcahy is a favorite presenter at ACTE, ACTEAZ, Arizona School Counselors, Arizona School Board Association, Local School Districts, and the Arizona State Legislature. Audiences around the state and nation are empowered as ambassadors thanks to his annual, “CTE What the Research Says” with data from dozens of sources at state and national levels. John Mulcahy not only sees the big picture in CTE; he has helped to create the means to successful implementation at nearly every level of education.

John created the My Life Program in Peoria District for career exploration for every 7th and 8th grade student. Numerous professional development classes including the Premier Series Program at West-MEC. John was one of the leaders and innovators for the Career Expo at Cardinals Stadium in 2003, 2005 and 2007 winning the Best of the West Award. John Mulcahy was the first and only CTE teacher who won Teacher of the Year for the Arizona Education Foundation Awards and then was the MC for 21 years. He is also the brainpower and energy behind CTE Leads Website.

Dr. Mulcahy motto is “CTE will change the world.” He helped simplify the Arizona Certification Requirements and he was a primary innovator for the ACTEAZ Circle of Distinction with Business CEO’s. He served on the ABEC Board and he has served on Region V and National Resolutions Committees. Dr. Mulcahy is in demand everywhere in Arizona and across the country for his wealth of knowledge. Through CTE, John Mulcahy has changed tens of thousands of peoples’ lives, for good.